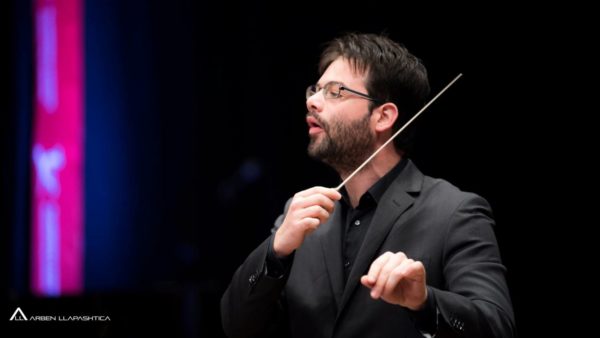 Gregory Charette (b. 1987 in Los Angeles) is a conductor and programmer deeply committed to the performance and promotion of new music. He is currently music director of Oerknal, a contemporary music collective dedicated to reimagining and reinvigorating the concert experience. He studied with Pierre Boulez at the 2011 Luzern Festival and has served as conductor in the Holland Festival’s John Cage Centennial as well as the Aldeburgh Festival’s Emerging Composers Program, where he has worked closely with Oliver Knussen and Colin Matthews. He made his debut with the ASKO|Schönberg Ensemble in the opening concert of the 2012 Gaudeamus Festival, stepping in at short notice for Etienne Siebens.

Gregory earned his B.M. in composition from the Oberlin Conservatory of Music, where he studied with Lewis Nielson and participated in master-classes with Helmut Lachenmann, David Lang, and Rebecca Saunders. He moved to The Netherlands to study orchestral conducting at the Royal Conservatory of The Hague and earned his M.M. from the Dutch National Masters in Orchestral Conducting, a program that allowed him the opportunity to work with various professional Dutch orchestras in master-classes, rehearsals, and performances. His primary teachers were Jac van Steen and Kenneth Montgomery.
​
Engagements have included concerts with Nederlands Philharmonisch Orkest, Residentie Orkest, RTSH Orchestra (Albania), Kosovo Philharmonic, Noord Nederlands Orkest, Philharmonie Zuidnederland, ASKO|Schönberg Ensemble, Nieuw Ensemble, Ensemble Contrechamps, Britten-Pears Ensemble and SONEMUS Ensemble (Bosnia). He has served as guest lecturer at the Conservatorium van Amsterdam and the Royal Conservatory of The Hague. Gregory currently resides in The Hague.