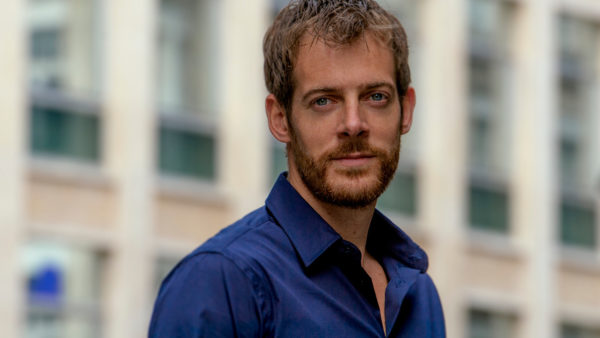 Henk Kraaijeveld is a versatile jazz vocalist and songwriter from The Netherlands who brings together compelling music with poetic lyrics, storytelling and surprising improvisations. Playful and light-footed elements alternate with intense and vivacious grooves and harmonies. Crossovers are made between old and new styles of jazz, including elements from classical and popular music.

Early 2018, Henk released his debut album called Passengers at the renowned Bimhuis, Amsterdam. The album is the outcome of his collaboration with pianist and songwriter Daan Herweg, and contains original songs by Kraaijeveld/Herweg and covers. It was well received by critics as well as the audience. Next to the Netherlands, Henk toured in various countries with the album, among which are China, Malaysia and South-Korea.

In 2013 Kraaijeveld won both jury- and audience award at the 10th edition of the Dutch Vocal jazz competition (Nederlands Jazz Vocalisten Concours). The jury praised his ‘relaxed performance in which he connects very well with the audience, blends his warm and beautiful voice perfectly with the sound of the band, while showing an impressive vocal range’.