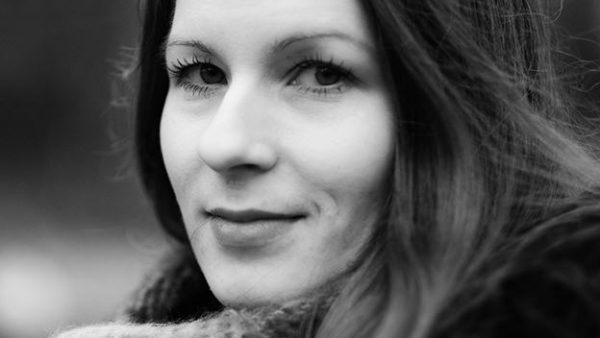 Petra Strahovnik (SI/NL): ‘On behalf of my beliefs I am a passenger in a current time and space, open to appearing thoughts, creating ideas, collecting pieces for artistic work, which are quivering minds. The unknown thrills me and inspires me, in the same moments gives me infinite time of questioning and uncertainty. Through my own sensations I feel, sense, breathe a music, art creation, which I am transforming in concrete, raw material / piece with a hope that you will sense, feel and relive it as well. Living empathy and changing for better now. But mostly I think I am.’

Petra was born in Celje, Slovenia in 1986 and has been living in the Netherlands since 2011. Since her beginning Petra has been following her path of searching for new sounds and she has never been barred by traditional way of how we think about sound and music. While attending her study of Composition and Music Theory with Uros Rojko, at the Academy of Music in University Ljubljana, Petra attended festivals and seminars across Europe, where she gained new knowledge and opened her views and philosophies. She finished Master Composition with Martijn Padding and Peter Adriaansz at the Royal Conservatoire in The Hague.

In 2018 Petra was selected as ‘Nieuwe Makers’ by the Fonds Podiumkunsten for her 2 years project ‘disOrders’ with Ensemble Modelo62 on the topic “Mental DisOrders”. The Dutch National Theatre described the project as: “The composer uses music, sounds, performance art, video and electronics to paint the implications of afflictions such as ADHD, autism, anxiety, depression and bipolar disorder. She confronts her audience with the inner world of a person who is forced to walk a different path through life than most of us. Can we find it in ourselves be emphatic and redefine our concept of ‘normal’?”

Her creative mind and unique art works brought her to several grants and awards. Petra’s piece Prana, for symphony orchestra, won 66th Rostrum music competition prize, which was held in Argentina in 2019. It was selected by the delegates as most outstanding. The work was premiered by RTV Slovenia Symphony Orchestra with Rossen Milanov as a conductor. The inspiration for this work stems from the idea of creating and capturing the atmosphere of attraction between two contrasting poles (e.g., magnetic resonance). The concept of capturing “Prana” as inspiration; in Hinduism, it represents the breath of the life force. “Prana is understood as a universal energy that flows in currents in and around the body.” Her achievements brought her an invitation to the residency and fellowship of prestigious Villa Concordia in Bamberg, Germany.