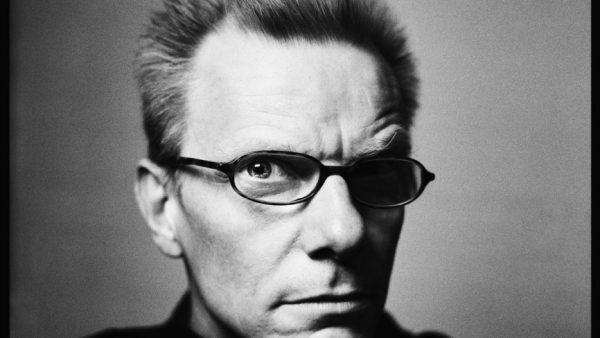 Robert Zuidam was born on September 23rd 1964 in Gouda, the Netherlands, and studied composition with Philippe Boesmans and Klaas de Vries at the Conservatory of Rotterdam, and with Oliver Knussen and Lukas Foss at the Tanglewood Music Center (USA), where he was awarded the Koussevitzky Composition Prize. Over the years he has returned to Tanglewood a number of times as a composer, Artist in Residence and as a teacher; most recently in 2015 for his Tanglewood Concerto, a piano concerto to celebrate the 75th anniversary of the institute, which was performed by Emanuel Ax. He has also taught composition at the Conservatory of Utrecht, and was Erasmus Visiting Professor at Harvard Univerity.

Vocal music, more particularly music theatre, forms the core of Zuidam’s compositional output. It was Hans Werner Henze who made Zuidam aware of his potential as an opera composer and librettist, by commissioning him to create a full-length opera for the 1994 Munich Biennale für Neues Musiktheater. This resulted in Freeze, an opera based on the Patricia Hearst-kidnap, with soprano Susan Narucki in the leading role. It prompted Klaus Umbach of Der Spiegel to label Zuidam as “ein genialischer Hund”. A second opera,Rage d’amours, was commissioned by the Boston Symphony Orchestra and was premiered in August 2003 at Tanglewood, by Lucy Shelton, Rochelle Bard and Amy Blake. The press responded on this occasion with enthusiasm as well. The New York Times wrote: “a formidable work… a score that keeps you hooked… with Rage d’amours Mr. Zuidam announces himself as a composer to reckon with”. Rage d’amours, which portrays the turbulent relationship of Johanna the Insane (Juana la Loca) and Philip the Handsome, received its European premiere in June 2005 at the Holland Festival in Amsterdam, in a double-bill with Zuidam’s McGonagall-Lieder, with Claron McFadden, Barbara Hannigan and Young-Hee-Kim as Johanna the Insane, staged by Guy Cassiers. Rage d’amours was awarded the Kees van Baaren-prize.
Since then, numerous operas and music theatre productions have followed, most recently Hercules, a soldier’s opera, premiered at the Amsterdam Concertgebouw in September 2019, featuring baritone Bastiaan Everink and soprano Annemarie Kremer.

In addition to this, Rob Zuidam composed a wide array of works for orchestra, ensemble and soloists. His works have been performed by the Royal Concertgebouw Orchestra , the Rotterdam Philharmonic and Residentie Orchestra, ensembles such as the ASKO|Schönberg, the London Sinfonietta and Ensemble Modern, soloists like Elliott Fisk, Benjamin Schmid and Liza Ferschtman, pianists Emanuel Ax and Hannes Minnaar, and conductors such as Oliver Knussen, Reinbert de Leeuw, Ingo Metzmacher and Otto Tausk. And of course by a vast army of singers, which include Lucy Shelton, Claron McFadden, Katrien Baerts, Helena Rasker, Thomas Oliemans, the Nederlands Kamerkoor and the RIAS-Kammerchor. He received commissions by a.o. the Michael Vyner Trust, the Japan-Netherlands Society, the Jheronimus Bosch Foundation and the Boston Symphony Orchestra through generous donations by Patricia Plum-Wylde.
Robert Zuidam currently lives and works in Belgium and is also active as a freelance essayist.