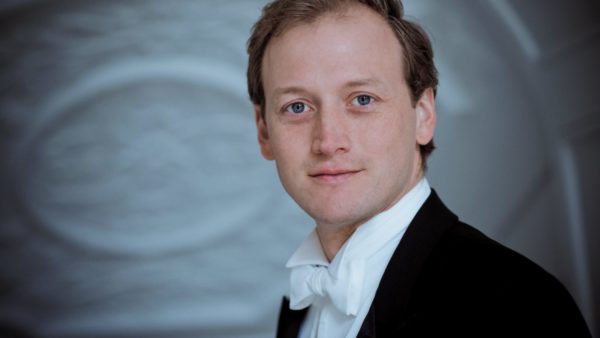 Stijn Berkouwer is a young and energetic conductor from the Netherlands. He graduated from the Hochschule für Musik Hanns Eisler Berlin in May 2014. During his master studies there he studied with professor Christian Ehwald and professor Hans Dieter Baum. He obtained his bachelor Orchestral Conducting with Lucas Vis at the Conservatory of Amsterdam, graduating in June 2011. In 2016 he was awarded the Anton Kersjes scholarship for young conductors. Stijn Berkouwer has conducted Het Nederlands Philharmonisch Orkest, het Gelders Orkest, the Noord Nederlands Orkest, the Savaria Symphony Orchestra, the Croatian Chamber orchestra and the Brandenburgisches Staatorchester Frankfurt. He is a regular guest at the Sächsische Bläserphilharmonie where he conducted several Christmas tours and youth concerts. As an assistant he has worked with Iván Fischer at the Konzerthausorchester Berlin and Antony Hermus at the Royal Concertgebouw Orchestra.

Stijn Berkouwer has a strong connection to opera. He was second assistant to Simon Rattle and the Rotterdam Philharmonic with Der Rosenkavalier at the Dutch National Opera. As an assistant conductor he has also worked with the Nederlandse Reisopera (Dutch Touring Opera) during productions of The Pearlfishers, Madame Butterfly and Così Fan Tutte. He assisted Manuel Nawri at the Deutsche Oper in Berlin with a world première of an opera by Evan Gardner and assisted Bas Wiegers with the Residentie Orkest at the Dutch National Opera Academy. Stijn Berkouwer has conducted productions of Mozart’s La Finta Giardiniera, Les Mamelles de Tiresias and Le Nozze di Figaro and several modern productions with the Opera Lab Berlin. In 2017 he assisted at Opera Zuid where he also conducted a performance of Massenet’s Werther.

<Stijn Berkouwer, winner of the Anton Kersjes Directiebeurs 2016, awarded in the Concertgebouw Amsterdam, video in Dutch>