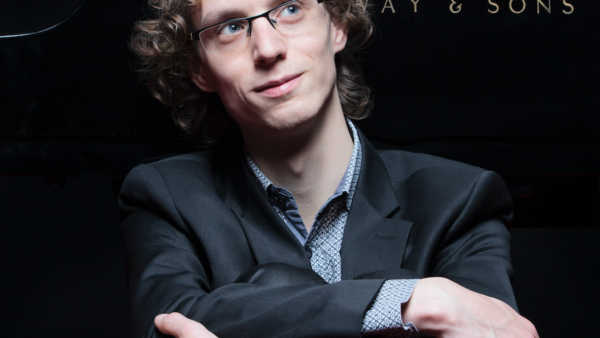 Tobias Borsboom is one of the best-known young Dutch pianists, performing extensively both as a soloist and in other capacities. In 2015 he toured all the major concert halls of the Netherlands as a soloist in Gershwin’s Piano Concerto in F with the Dutch Student Orchestra conducted by Quentin Clare. With violinist Piotr Jasiurkowski he played the Masters on Tour series of The International Holland Music Sessions (2013-2014), and in 2015, after being nominated twice, he won the prestigious Dutch Classical Talent Award for his solo performance as well as the audience award with his duo partner Piotr Jasiurkowski.

In recent years, Tobias Borsboom has been successful at several other competitions. With Piotr Jasiurkowski he won the audience award and the Who’s Next Award at the Almere Chamber Music Competition (NL, 2015). As a soloist, he was awarded first prize at the Grand Dominique (NL, 2012) and the Concertgebouw Entree Kamermuziek Concours (NL, 2006). Additionally, he was a prize winner at the Young Pianist Foundation Piano Competition (3rd prize and prize for best interpretation of a Dutch work, NL, 2010), and the Prinses Christina Concours (2005).

In 2013, Tobias Borsboom completed his Master’s degree at the Conservatoire of Amsterdam, where he studied with Jan Wijn. He has taken lessons with such renowned pianists as Paolo Giacometti, Maria João Pires, Jan Boguslaw Strobel, Georg Friedrich Schenck and Geoffrey Douglas Madge.
​
Tobias Borsboom performs regularly at festivals, including the Storioni Festival, the International Chamber Music Festival Utrecht, the Grachtenfestival Amsterdam, and The International Holland Music Sessions. Additionally, he organizes concerts under the name ‘Podium Pianoboom’ in and around The Hague. He also performs regularly in various theatre productions, both for adults and for children.