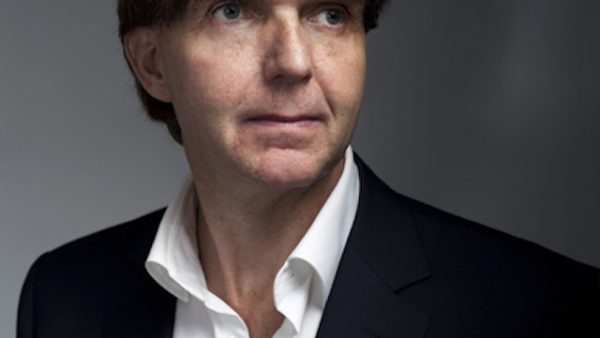 General: Willem Jeths was born on August 31, 1959 in Amersfoort, The Netherlands.

Education: Jeths started his musical career as a child with piano and music theory lessons in the Music School of Amersfoort with Paul Seelig. He originally studied music education at the Sweelinck Conservatory in Amsterdam, from 1980 to 1982. He continued with composition at the Conservatory of Utrecht with Hans Kox and Tristan Keuris. He finished his studies with Keuris in 1988.
In addition to composition, Willem also studied musicology at the University of Amsterdam (1983-1991). He completed his studies with a doctoral dissertation about Elisabeth Kuyper (1877–1953), a composer and conductor, which was later published in the book, ‘Zes Vrouwelijke Componisten’.

Compositions: “What can I say about my music? For me, intuition and associations are the keywords while composing, together with striving towards a clarity and economy of musical material. Life/Death and Nature are the main sources of my inspiration. …It is not surprising that people say orchestral colours and timbres are my ‘trademark’.”– Willem Jeths
Jeths has composed chamber and orchestral music (including solo concertos), songs and three operas (Hôtel de Pékin (2007), The Tell-Tale Heart (2018), Ritratto (2019), initially in an atonal idiom, but later flirting with tonality. He draws on the past and attempts to enrich it through experimentation. “My music is about extremes: strict purity versus distortion, loud against soft.” While his music is rich in tone colour, Jeths is frugal with his musical material. He meticulously works out timbral effects, often calling for playing techniques unused in the West – or anywhere – and creatively incorporating uncommon sound sources: toy instruments, breaking glass, dripping water.
He has been commissioned to write ‘Flugelhorn Concerto‘ (2002) and ‘Scale -le tombeau de Mahler‘ (2010) for the Royal Concertgebouw Orchestra, ‘Intus trepidare‘ for Kronos Quartet, 9 works for the ‘Zaterdag Matinee’ concert series (Symphony nr. 1), 3 works for the Rotterdam Philharmonic, 2nd piano concerto ‘Fas/Nefas‘ for the Osaka Symphoniker (Japan), cello concerto ‘Falsa/Ficta‘ for the Nederlands Philharmonisch Orkest, ‘Harp Concerto‘ for the Residentie Orkest, ‘Seanchai‘ for Het Gelders Orkest, clarinet concerto ‘Yellow Darkness‘ for Het Brabants Orkest, ‘Quale Coniugium!’ and ‘Suite Hôtel de Pékin‘ for Philharmonie Zuid-Nederland etc.
His most recent works include Symphony nr.1 (2012),‘Mors aeterna‘ for symphony orchestra (2015), ‘Recorder Concerto‘ for recorder solo and symphony orchestra (2014), ‘Conductus‘ (2014) to commemorate the bombardment of Rotterdam 75 years ago and Constructio (2018) building up of the city Rotterdam.
Recent works include ‘Requiem‘ (World Premiere 2017) for mixed choir, 2 vocal soloists and symphony orchestra, song cycle ‘Laudi d’Amore‘ (2016) for baritone and violin, ‘Suite Hôtel de Pékin‘ (WP 2016) for symphony orchestra, as well as a work for the 100th anniversary of the Rotterdam Philharmonic Orchestra (WP 2018), a monodrama ‘The Tell-Tale Heart’ commissioned by the ZaterdagMatinee and premiered by soprano Juliane Banse, Radio Philharmonic Orchestra Jaap van Zweden and a third opera ‘Ritratto’ for the Opera Forward Festival of the Dutch National Opera (WP 2020).

Other professional experience: Jeths has been senior composition teacher at the Conservatory of Amsterdam since 2007. He was also a composition teacher at the Fontys Conservatory in Tilburg from 2002 to 2007.
In the 2004–2005 season, Jeths was composer-in-residence with Het Gelders Orkest and the Brabant Orchestra, in 2005-2006 with De Doelen in Rotterdam and during the 2006–2007 season with the Orkest van het Oosten. In the year 2000 there was a three-day Willem Jeths Festival in Rotterdam.

Awards: Jeths won the Composition Prize from the Conservatory of Utrecht in 1988. His composition, ‘Novelette’ for violin and piano (1986) was selected for the ISCM World Music Days in 1990 in Oslo. During the Carl-Maria-von-Weber-Wettbewerb für Streichquartettkompositionen in Dresden in 1991, Jeths received a distinction award for his string quartet, ‘Arcate’ (1990). The following year, he received another distinction for the same work as a string orchestra version. In 1996, Jeths received second and third prize in the Internationaler Wiener Kompositionswettbewerb for his violin concerto, ‘Glenz’ (1993) and his ‘Piano Concerto‘ (1994).
In 2008, Jeths’ work ‘Meme‘ was selected for the Toonzetters Prize.
In November 2014 he was appointed by copyright organization BUMA/STEMRA as the first “Componist des Vaderlands” of The Netherlands (Composer Laureate of the Netherlands). Also in 2014, Jeths won the prestigious “Amsterdam Prijs voor de Kunst” (Amsterdam Prize for the Arts) for his entire oeuvre, awarded by the Amsterdam Fonds voor de Kunst (AFK).