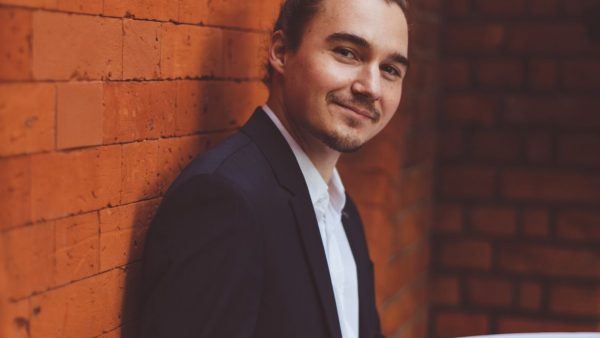 Xavier van de Poll was born in 1995 in Tilburg, the Netherlands, and started his music career at the age of four when he was introduced to the violin. Two years later he started playing the instrument himself. He discovered his love for orchestral music and opera at the age of thirteen upon joining the JeugdOrkest Nederland (Netherlands Youth Orchestra) where he played the most well-known symphonies, symphonic poems, solo concerti and commissioned modern classical compositions for fourteen consecutive concert seasons. From 2005 – 2011 he was a student at the Young Musicians Academy: the youth department of the Fontys Conservatory in Tilburg. His violin teachers were Jenny Spanoghe and Thijs Kramer. Afterwards he took private lessons with Natalia Gabunia and Wouter Vossen.

He started composing at the age of nineteen and received his first education in composition at the Conservatory of Amsterdam for two years where he was taught by Joël Bons. Simultaneously he followed the bachelor’s programme in Musicology at the University of Amsterdam, where he graduated in 2018 with his thesis “What’s the matter with atonality?: on the perception of atonal music from a neuropsychological viewpoint”. Xavier recently graduated with a 9,5 from the Fontys Academy of Music & Performing Arts (AMPA) in Classical Music Composition, obtaining his second bachelor’s degree. His composition teachers at AMPA were Kees van den Bergh and Anthony Fiumara. Following his graduation in his home country, he is now continuing his music studies at the Royal College of Music in London under the tutelage of prof. Kenneth Hesketh. Xavier is a Kit and John Gander Award Holder and receives additional financial support from the Prins Bernhard Cultural Foundation, VSBfoundation, Hendrik Muller Fund and the Vrijvrouwe van Renswoude Foundation.

At present, Xavier is working on a commission by the Netherlands Youth Orchestra with performances scheduled in Italy and the Netherlands, including the Concertgebouw in Amsterdam. Furthermore, he is preparing to start his PhD course in composition with prof. Wenchen Qin at the Central Conservatory of Music in Beijing, China, starting in September 2022.