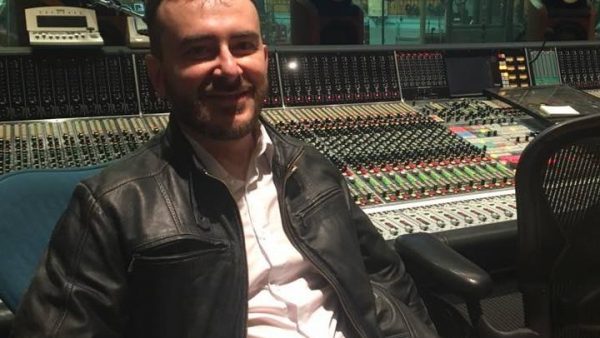 Having been writing music from an early age, Vito was awarded a place at the prestigious Accademia Chigiana in Siena to study composition. Following this, he undertook a postgraduate degree at the Academy of Santa Cecilia in Rome studying with the acclaimed composer Azio Corghi and graduating with Honours. Vito also attained a special scholarship which was awarded personally by Luciano Berio. In 2005 he was awarded the renowned ‘G. Petrassi’ prize (established by the President of the Italian Republic in the Quirinale, Rome) for his work in composition.

His output in music theatre is consolidated by a collaboration with the singer-actress Sonia Bergamasco, in ten years.

He has published several CD’s with the Rai Trade label, which including his works: ‘Recitarsonando’; ‘Quadro sinfonico Concertante’ for piano and orchestra; ‘Italian news’; ‘Sur le tombeau of Hayden’, ‘Schumannesque’ and ‘Ulysses’ amongst others.

His output in recent years has focused on large symphonic works for full orchestra. Vito’s Recorder Concerto was commissioned by Gävle Symfoniorkester and Dan Laurin, for a monographic CD devoted entirely to him, including the Concerto for Recorder ‘Eagle’, the Concerto for Cello and Orchestra with the soloist Mats Olofsson and ‘Concerto Barocco’ with the soloist Anna Paradiso Laurin (harpsichord) for the label BIS Records of Sweden.

On 17 September 2016 he recorded with the London Symphony Orchestra at the Abbey Road Studios (Studio 1) his Concerto for Violin and Orchestra (Musikverlag Ries & Erler, Berlin) with Francesco D’Orazio, soloist and Lee Reynolds, conductor. The CD will be released by a major label, together with the new Clarinet Concerto.

He won the first prize at the «SOUND-MAGICAL-SPACE – S.M.S» with the performance of the piece “Choir” premiered by Patricia Kopatchinskaja as a soloist and CAMERATA BERN.